Last October, Pine Island Cranberry welcomed some of the members and staff of New Jersey Audubon for a tour of the harvest and some of the selected sites for one of our favorite projects: the quail restoration initiative. 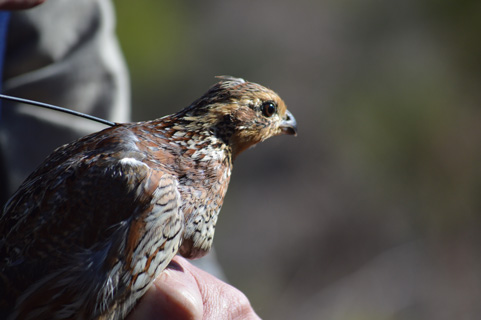 From the NJ Audubon link above:

Recognizing the outstanding forest and land management practices at the Pine Island Cranberry site, NJ Audubon initiated discussion about a Northern Bobwhite restoration effort. These discussions included engaging several partners, starting with Pine Island Cranberry Company and Forester Bob Williams, but then quickly expanding to include Dr. Chris Williams from the University of Delaware, Dr. Theron Terhune at the Tall Timbers Research Station and Land Conservancy and Dave Golden with the NJ Division of Fish and Wildlife. While Pine Island Cranberry and Bob Williams had been working diligently for several years on forest stewardship, Dr. Williams had been bringing students to the site to survey birds and other wildlife and was involved in a study of captive rearing and release techniques for quail at a site outside of NJ. NJ Audubon was also aware of the research efforts and depth of knowledge on quail conservation at the Tall Timbers Research Station. Through mutual friends NJA connected all the dots and arranged for Tall Timbers leading quail biologist to come visit with us and tour the Pine Island Cranberry property. Following that site visit and discussions about projects in nearby states, the decision was made to add the Pine Island site in New Jersey to a multi-state initiative to re-establish Northern Bobwhite in the Mid-Atlantic States. New Jersey will have the unique focus of releasing wild quail to the Pine Island Cranberry Property. Other aspects of the multi-state project include testing methods of raising and rearing captive bred quail in other states participating in the initiative, however no captive bred quail will be release in the NJ study. 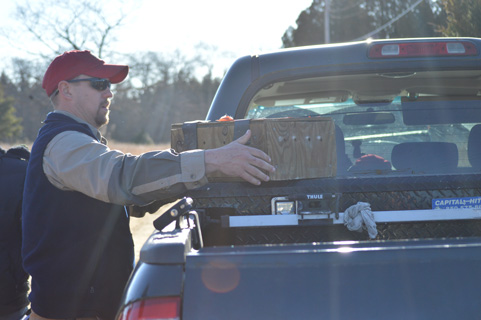 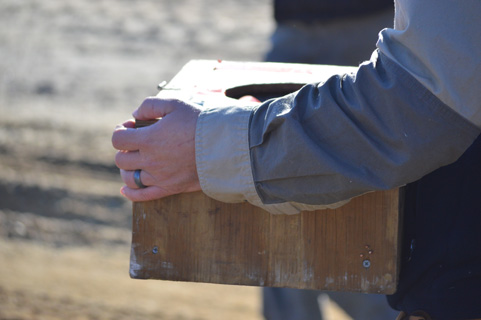 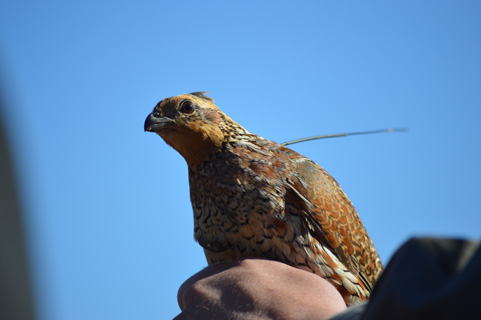 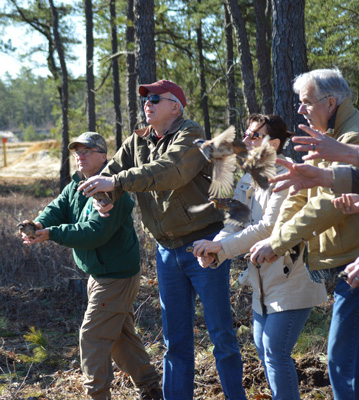 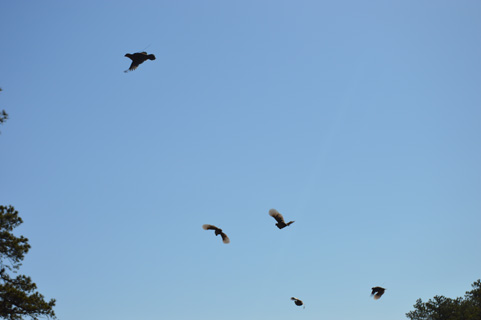 The quail have been radio-tagged for monitoring and will be tracked via transmitter for the next three years. “We will monitor reproductive success: if they nest, where they nest and how many chicks hatch out,” says University of Delaware grad student Will Macaluso. 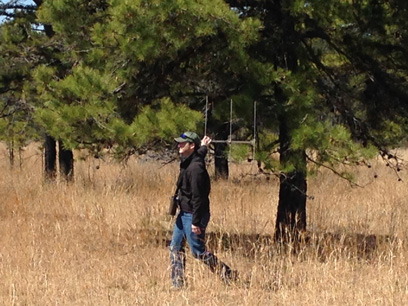 “This is significant because this is the first time in twenty years that this has been tried in New Jersey,” says John Cecil of NJ Audubon. “The habitat here is exceptional, the way it’s supposed to be.” 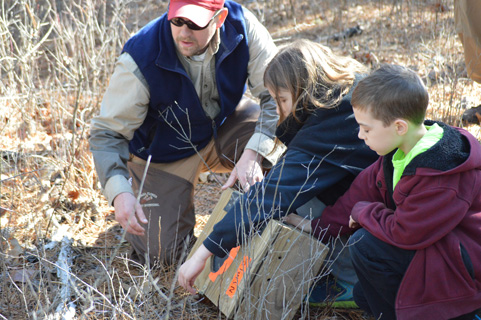 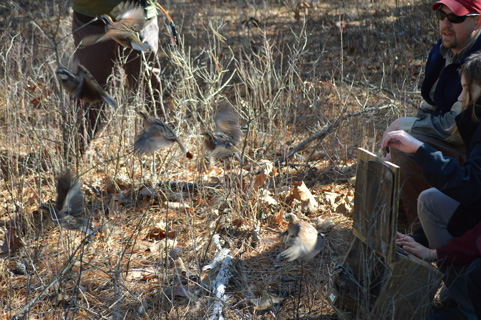 “The heyday for quail in Florida and Georgia is right now with higher densities than ever,” says Theron Terhune of Tall Timbers. “Where management is done and done right, we can bring them back.”